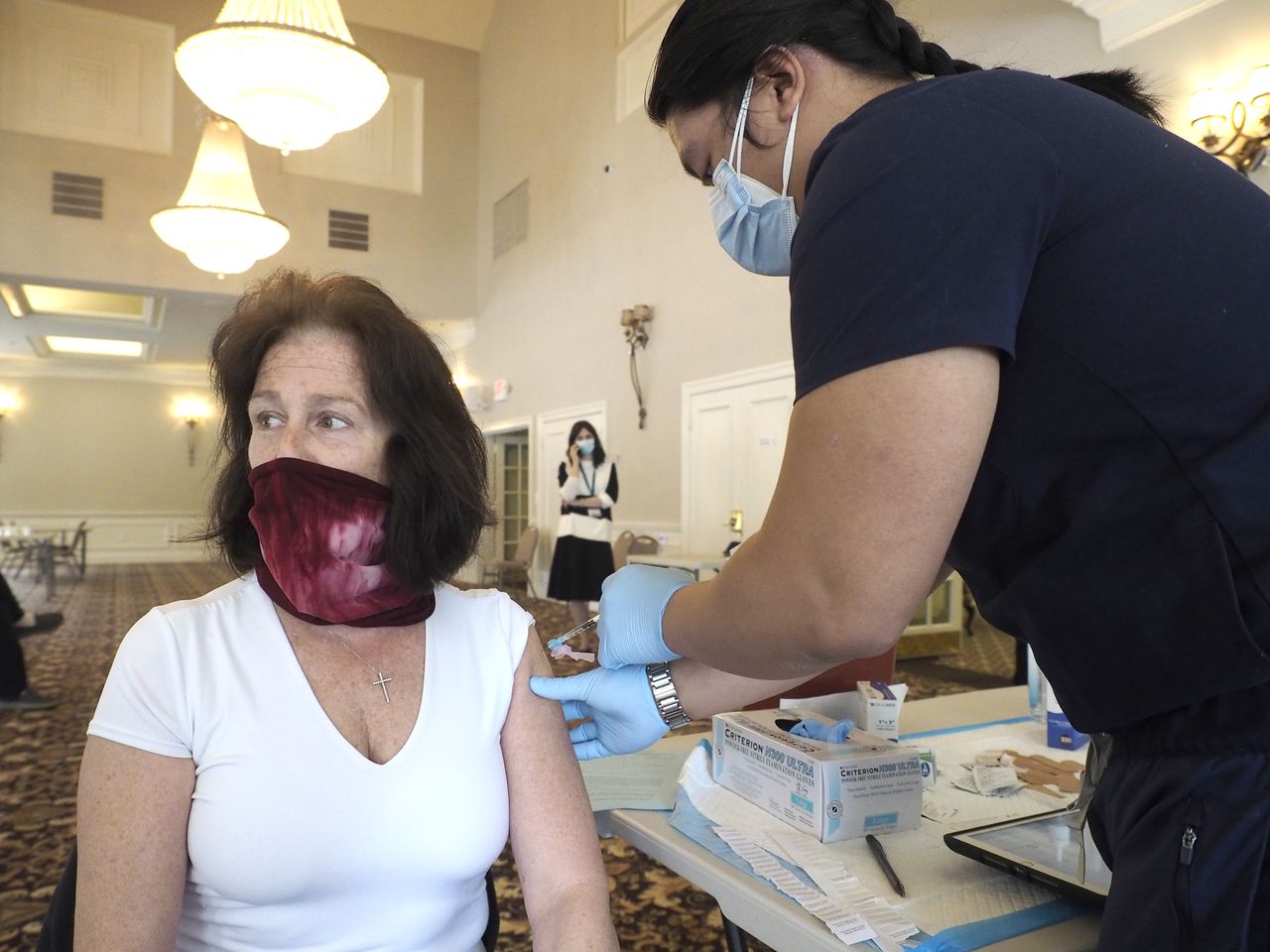 The Biden administration will lift the mandate for international travelers coming to the U.S. this Sunday.

Starting at 12:01 a.m. ET on Sunday, June 12, all travelers, including American citizens, will no longer have to show a negative coronavirus test before boarding an international flight bound for the U.S., according to USA Today.

According to the federal Centers for Disease Control and Prevention (CDC), the current rule requires all air passengers to take a negative viral coronavirus test no more than one day before boarding any U.S.-bound flight.

The CDC determined that based on the current science, the requirement was no longer necessary.

New Jersey’s seven-day average for confirmed cases was 2,693 on Saturday, down 7% from a week ago, but still up 11% from a month ago.

The statewide positivity rate for tests conducted on Monday, the most recent day with available data, was 9.02%. The federal Centers for Disease Control and Prevention considers positivity rates above 10% to be “high.”

The statewide rate of transmission for Saturday was 0.89. A transmission rate below 1 is an indication that the outbreak is declining as each new case is leading to less than one additional new case.

Cases, transmission rates, and hospitalizations have been leveling off in recent weeks.

There were 812 patients with confirmed or suspected coronavirus cases reported across 70 of the state’s 71 hospitals as of Friday night. One hospital did not report data. Hospitalizations still remain significantly lower than when they peaked at 6,089 on Jan. 10 during the omicron wave.

Of those hospitalized, 86 were in intensive care and 31 were on ventilators. There were at least 152 people discharged in the 24-hour period ending Friday, according to state data.

Those in high-risk areas are recommended to wear a mask indoors in public and on public transportation and stay up-to-date on vaccinations, according to the CDC.

Ten counties are in the medium risk category: Bergen, Cumberland, Essex, Hudson, Mercer, Middlesex, Passaic, Salem, Somerset and Union. Masks are not recommended in the medium and low regions.

New Jersey has reported 2,087,428 total confirmed COVID-19 cases out of more than 17.8 million PCR tests conducted in the more than two years since the state reported its first known case March 4, 2020.

The Garden State has also recorded about 347,875 positive antigen or rapid tests, which are considered probable cases. And there are numerous cases that have likely never been counted, including at-home positive tests that are not included in the state’s numbers.

The latest numbers follow a major study that revealed even a mild case of COVID-19 can significantly affect the brain. Long COVID — the term commonly used to describe symptoms stemming from the virus long after a person no longer tests positive — has been found to affect between 10% and 30% of those who contract the infection, regardless of whether they have a mild or serious case.

In New Jersey, that would mean that roughly 600,000 of the more than 2 million who have tested positive for COVID since the onset of the pandemic either have or have had long COVID.

More than 6.91 million of the 8.46 million eligible people who live, work or study in New Jersey have received the initial course of vaccinations and more than 7.8 million have received a first dose since vaccinations began here on Dec. 15, 2020.

More than 3.88 million people in the state eligible for boosters have received one. That number may rise after the FDA approved booster shots for healthy children between the ages of 5 and 11. U.S. regulators authorized the booster for kids hoping an extra vaccine dose will enhance their protection as infections continue to spread.

Since the start of the academic year, there have been 140,385 students and 42,433 school staff members who have contracted COVID-19 in New Jersey, though the state has never had more than two-thirds of the school districts reporting data in any week.

The state provides total student and staff cases separately from those deemed to be in-school transmission, which is narrowly defined as three or more cases linked through contact tracing.

At least 9,142 of the state’s COVID-19 deaths have been among residents and staff members at nursing homes and other long-term care facilities, according to state data.

There were active outbreaks at 369 facilities, resulting in 4,240 current cases among residents and 3,955 cases among staff, as of the latest data.

As of Saturday, there have been more than 534 million COVID-19 cases reported across the globe, according to Johns Hopkins University, and more than 6.3 million people died due to the virus.

There have been more than 11.66 billion vaccine doses administered globally.

Thank you for relying on us to provide the local news you can trust. Please consider supporting NJ.com with a voluntary subscription.