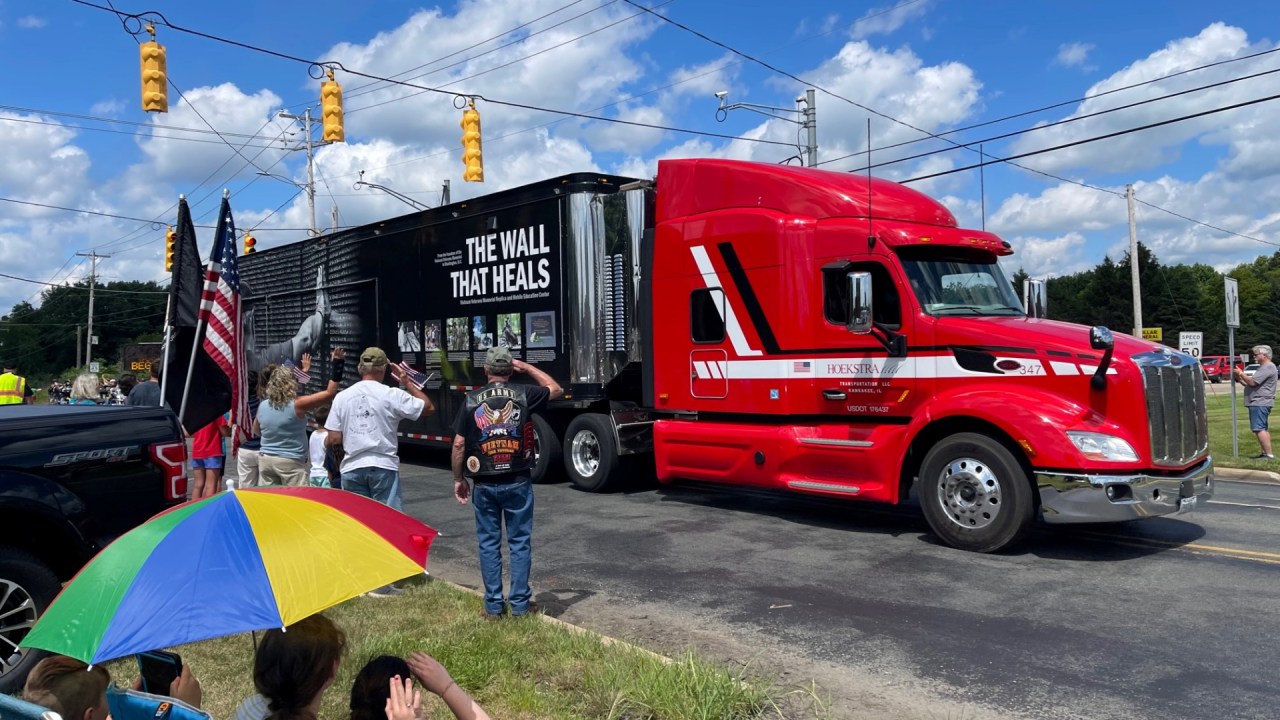 The Wall That Heals will be on display at Harper Creek High School Thursday through Sunday.

“It’s very moving,” Jon Hayes said. “It’s something that we’re very proud of, my brother and I; all these names on the wall and what it means to the families and for us.”

He and his twin Don Hayes, both of whom served in Vietnam, say the wall lists names of people they knew who made the ultimate sacrifice.

“In our neighborhood that we grew up in, Jon and I, we lost five guys within about a five-block area,” Don Hayes said.

“We lost our captain during the Tet Offensive,” he added. “We was on duty when it happened and he was such a great leader, such a great trainer, and a mentor to us all. Always on our post, talking to us. That hurt a lot when we lost him. Very moving when we got to Washington and found his name on the wall.”

The wall is three-quarters the size of the memorial in Washington, D.C., but still has every name of every American service member killed in the conflict.

“It doesn’t just exemplify the 58,281 names on the wall — eight of which are women — it doesn’t just signify that. It signifies the other 800,000 that are alive that never got the welcome home that they deserved,” retired U.S. Air Force Col. Frank Walker said, referencing the unpopularity of the war.

Walker was on the committee that brought The Wall That Heals to the Battle Creek area.

“Out of all the applicants, they chose Battle Creek out of, one out of 32 and the only site that it’s going to be in the state of Michigan this year,” he said.

Police and hundreds of motorcycles led the traveling replica from Galesburg to Harper Creek. Along the way, crowds showed their support.