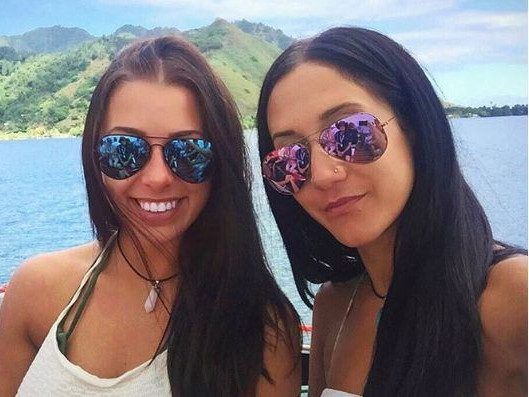 Prime Video viewers in Canada, Australia and New Zealand will have first access to a new crime thriller feature inspired by the true story of two Quebec influencers who became caught up in an overseas, drug-smuggling operation.

Sign up for Weekend Dispensary to get the latest cannabis news and exclusive articles delivered straight to your inbox.

Thanks for signing up!

A welcome email is on its way. If you don’t see it, please check your junk folder.

The next issue of Weekend Dispensary will soon be in your inbox.

We encountered an issue signing you up. Please try again

Set to debut on Nov. 18, Sugar tells the fictional tale of the real-life “Cocaine Cowgirls” from Quebec. The duo’s dream luxury cruise bound for Australia was quickly transformed into a nightmare.

The trip that ended very badly

Being influencers, the two attracted plenty of attention with their photos shared via social media, including while on a lengthy cruise to Australia in the summer of 2016.

They took a 40-day-long cruise — which the pair spent with a man and co-accused from Quebec, who was in his early 60s at the time — that stopped in Ireland, the U.S., South America, New Zealand, Tahiti and, last, Australia, the National Post reported in early 2018.

According to The Washington Post, the two transformed their Instagram accounts into online travel journals, posting glamorous photos from the MS Sea Princess. Photo bomb hot spots included taking in New York City’s Times Square, enjoying an Irish coffee in an Irish seaport town and displaying their tans on a Bermuda beach, the publication reports.

Roberge posted a photo of herself standing on an ATV in Peru, Vice reported in 2016. “It was just really crazy!” she wrote on the photo’s description on Facebook with the hashtags #bucketlist #quad.

Per Vice, tickets for the cruise in question cost about $15,000 apiece.

CBC reported in 2018 that Roberge loved her Instagram account, “so when her ‘sugar daddy’ offered her a free luxury cruise,” in exchange for simply acting like a traveller, she was all in.

Ultimately, though, all the partying ended when Roberge and Lagace docked in the Sydney Harbour. That’s when drug-detection dogs were used to search an unidentified number of cabins, including the two housing the Canadian trio.

Roberge, who has co-authored a book about her experience, told CTV News last month that she had been recruited to smuggle the drugs in exchange for the chance to post selfies on Instagram while in exotic locations across the globe.

Upon reaching Australia, though, the three Quebeckers gained the dubious distinction of smuggling the largest amount of cocaine into Australia via plane or cruise ship, according to ABC News.

Originally denying any involvement in any drug scheme, they later opted to plead guilty to importing drugs into Australia.

With cocaine being illegal in the country, the maximum penalties for trafficking controlled drug offences range from 10 years’ imprisonment to life, depending on the amount of product involved, notes Australia’s federal prosecution service.

According to the National Post, Legace was sentenced to seven and a half years in prison and had to serve at least four and a half years before she was able to apply for parole. Roberge also got a jail term of seven-plus years, the Toronto Sun pointed out.

The former was released from prison in February 2021 and the latter was scheduled for release a few months later in May.

The movie feature’s take on the whole experience

Filmed in Montreal and Mexico, Sugar, the Canadian story, with Canadian producers and featuring Canadian actors, is a fictional account of how the Cocaine Cowgirls “find themselves ensnared in a deadly drug-smuggling operation and only have each other to trust as they try to plot a way out.”

“This fascinating story shows the dark side of social media, giving young adult audiences a look at influencer culture in a whole new way,” Nav Saini, head of content for Prime Video Canada, says in the press release.

“We were immediately drawn to this fascinating tale about the allure of social media and the lengths people will go to be liked,” adds Tina Pehme, co-CEO of Sepia Films and Pablo Salzman, president of Connect3 Media.

CTV News asked Roberge if she ever thought — before the smuggling, her arrest and jail time — that getting caught up in high-end lifestyle would have a price.

“I think with the generation that I lived in back then at 22 years old, but also the generation that’s coming up right now, free things aren’t weird. It’s becoming the norm to be offered trips and being invited to big tables and big restaurants because you’re pretty,” she responded. “It’s going towards looks and the easy way and that’s what I lived in. But I felt like when I came back it was worse.”

Unclear how long it’s been since the private Instagram page featuring a photo of Roberge and Isabelle Lagace was updated, but its message now simply notes: Currently Traveling.

We’d love to hear from you. Get in touch with feedback and story tips at [email protected]